You've gotta be in it to win it as they say. And when 2000AD once again offered their new writer's pitching competition, I had to book a bus to Harrowgate and do my best to get involved. It's first come first served, so I'll be getting up at the crack of dawn tomorrow to join the queue and keeping all fingers and toes crossed in the hopes that I'll be able to pitch my twisty, turny future shock in the 2 minute time limit given. Wish me luck!

Well this month was a really nice suprise because I unexpectedly saw my name in print along with Jake Rowlinson and Ken Reynolds as part of a 3 part story we've created for the Comichaus anthology. Big thanks Pete Genepool and the team for making this possible. It will be available in June 2018 so please ask your local comic shop to order you a copy. 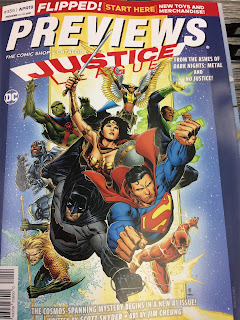 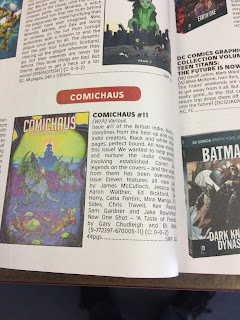 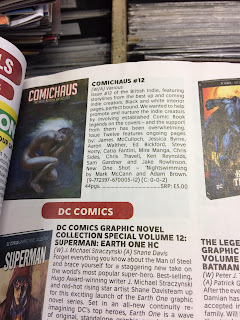 Me and Jakers are in Starburst again!

The good people of Starburst have offered us (me and Jake Rowlinson) a page of advertising in their magazine as a thank you for the Showcase Strip "The Ripple Effect" that we submitted a couple of months ago. The ad can now be seen in print in this month's issue of Starburst (#430) which is on sale now. 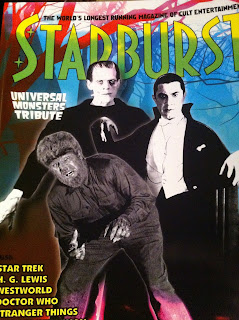 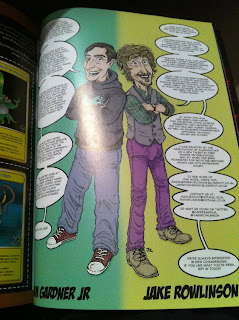 Great day out at the Beeb... 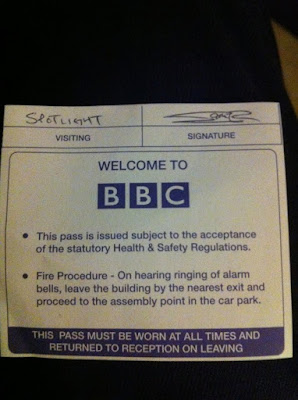 As part of Spotlight's coverage of Dev Con Plymouth,, myself and costumer Mark Robinson were invited to the BBC to talk all things Sci-Fi & Comics and to discuss what it is that gives them such everlasting appeal. 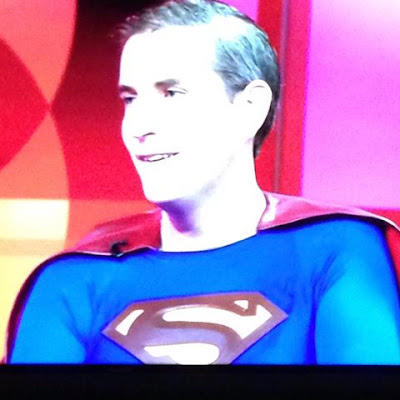 You can check out the full interview on BBC iPlayer. 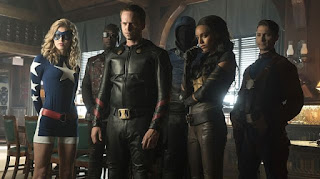 So this week we got our first look at the Justice Society of America in Legends of Tomorrow and this got me thinking. A while back there were rumblings that John of cancelled Constantine fame might be making his way over to LOT. In the JSA line-up pic, there are a few characters that aren't present. 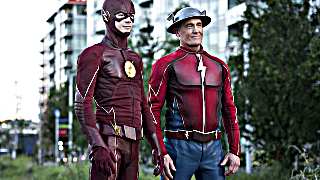 We may see John Wesley Shipp's Golden Age Flash pop up at some point, but it dawned on me that there are two supporting characters from the Constantine TV show that have a place at the JSA table and if he's armed with a time machine, the Hellblazer might be the man to get them there. In the Constantine TV show, Zed had premonitions of Jim Corrigan's death, so what if Jim Corrigan travelled back to the 1940s in the hopes of avoiding his fate and starting a new life for himself? 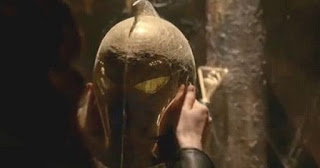 Always a Rocker at heart...

So this week I grabbed my copy of Meat Loaf and Jim Steinman's new album Braver Than We Are. If you couldn't tell already from my work on Sioux Warrior, Steinman had a huge influence when I was growing up and I guess stoked a fire to put pictures and music together. Their albums felt like they were concepts for stage shows that never were and their covers felt like fragmented pieces of sequential art.

I later found out that Steinman had indeed written and performed a stage show which many of Meat and Bonnie Tyler's hits were taken from entitled The Dream Engine, but there were still songs on Bat I and II that losely linked in with this world that weren't part of The Dream Engine, songs that echoed through the iconic art of Richard Corben and the masters that followed. Was the rider who didn't see the curb till it was way too late the same rider that burst out of Hell?  Did New York sink into Hell? Was this the vision of the entire city burning as spoken by Steinman on Dead Ringer? Was the angelic girl on Bat III's cover the one he'd  run right into Hell and back for? And more recently, through the cover for Braver Than We Are, we learn that the rider's motorcycle belongs to one of the 4 horsemen, how did the rider come to aquire it? This world was expanded on a little more in the promotional video for The Monster Is Loose but there are still so many unanswered questions. 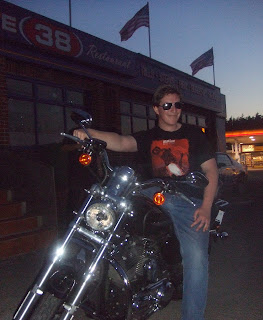 UPDATE - My prayers have been answered, I've just heard that they're doing a Bat Out Of Hell Musical
Posted by Sam Gardner Jr at 11:41 No comments:

Well folks, this weekend I sent off the first set of thumbnails and the first 7 pages of a secret script I've been working on to the incredibly talented Jerome Canty.
I don't think I've ever worked so hard on a script, but think it'll all be worth it in the coming months. More details coming soon. In the meantime, you can check out Jerome's work on The Tamar Brigade. I can't wait to see what comes off his drawing board next... 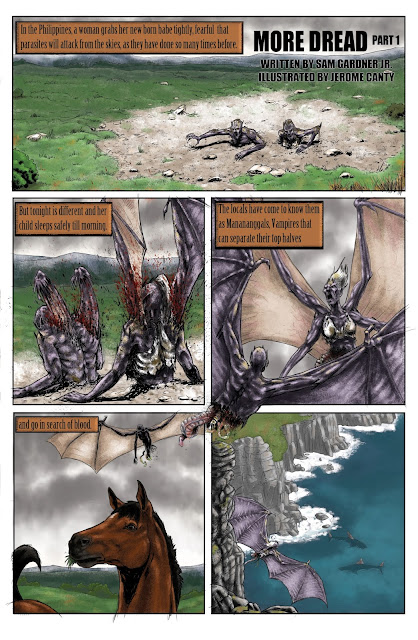 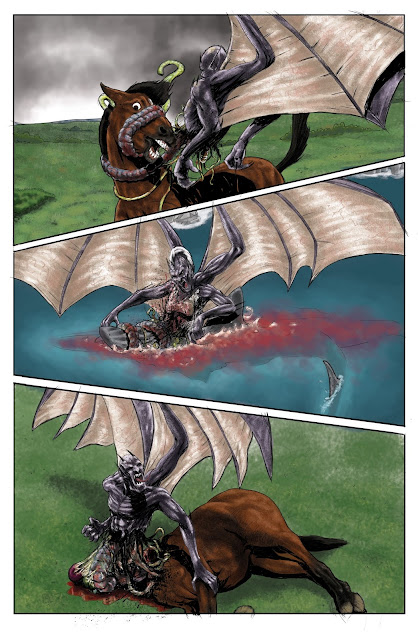